All Workers Go To Heaven takes place in a see-through factory producing leather wallets, where the audience has the chance to work, earn, sweat, resign, succeed, conform or strike.
10 people step into the room as equal citizens and leave it the way they chose to.
10 balanced people asked to operate what the modern world is based upon: profit.

The audience observes the way in which society has shaped them, has shaped itself. 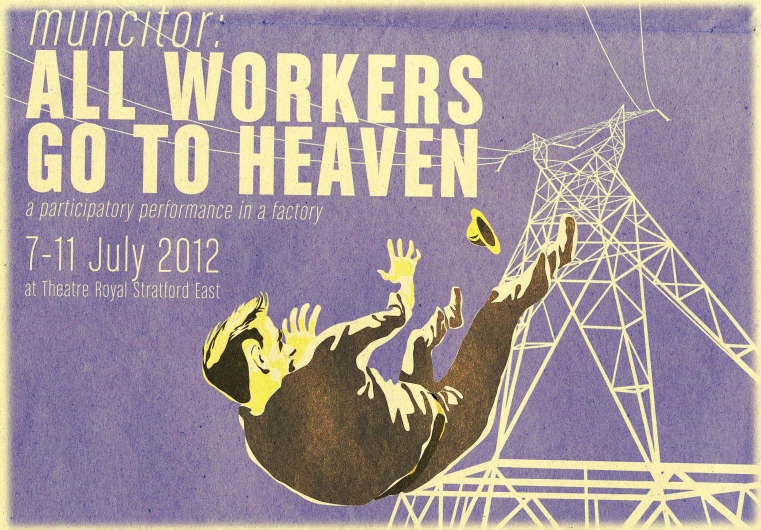